Re: NY Times - Design is More Than Packaging 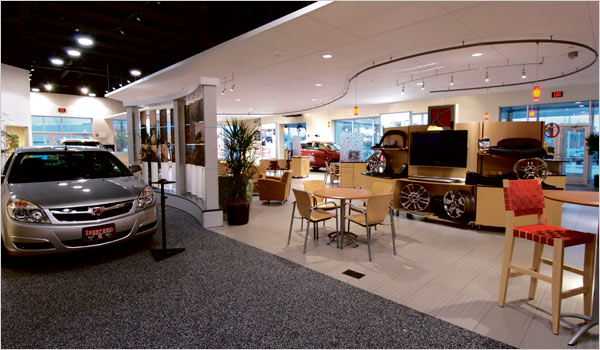 THE word “design” tends to conjure up images of crisp graphics, nicely arranged interiors or pleasing packaging. But a growing cadre of advocates say the world of design has much more to offer corporate America.

Skip to next paragraph
Enlarge This Image 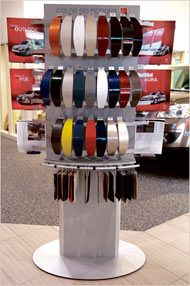 Working for another company, C2 Group created a talking “C.F.O. action figure ” instead of writing a report.

They are proponents of “design thinking,” which focuses on people’s actual needs rather than trying to persuade them to buy into what businesses are selling. It revolves around field research followed by freewheeling idea generation that often leads to unexpected results.

Properly used, design thinking can weave together elements of demographics, research, environmental factors, psychology, anthropology and sociology to generate novel solutions to some of the most puzzling problems in business. So pervasive has design thinking become in the last five years that Stanford University has created an elective program it calls d.school — more formally known as the Hasso Plattner Institute of Design — that has proved wildly popular with budding entrepreneurs from all corners of the campus.

It is a time in the spotlight for a process that historically has been relegated to the end of the business planning line.

“Design thinking is inherently about creating new choices, about divergence,” says Tim Brown, the chief executive and president of the design consulting firm IDEO, based in Palo Alto, Calif. “Most business processes are about making choices from a set of existing alternatives. Clearly, if all your competition is doing the same, then differentiation is tough. In order to innovate, we have to have new alternatives and new solutions to problems, and that is what design can do.”

While definitions vary, design thinking usually involves a period of field research — usually close observation of people — to generate inspiration and a better understanding of what is needed, followed by open, nonjudgmental generation of ideas. After a brief analysis, a number of the more promising ideas are combined and expanded to go into “rapid prototyping,” which can vary from a simple drawing or text description to a three-dimensional mock-up. Feedback on the prototypes helps hone the ideas so that a select few can be used.

“It’s the designers’ version of the scientific method,” explains Greg Galle, co-founder and managing partner of the C2 Group, a consulting firm based in Half Moon Bay, Calif. “It’s sloppy and messy and not nearly as disciplined as the scientist, but we do trial and error and we hypothesize and test and we see what we learn and then we go back and try again.”

Rather than producing a report that would probably be tossed unread into the nearest wastebasket, C2 sent the analysts a “High-Tech C.F.O. Action Figure” — a roughly 12-inch-tall male doll dressed in a business suit that delivered a brief, recorded message when its “Talk” button was pushed. “I’m glad you asked that question; we’ve partnered with ServiceSource,” the figure reports, as if it is standing at a news conference. “As a result, our revenues and earnings per share have grown consistently. Next question?”

Months after ServiceSource’s report would have been thrown away, analysts who received the “action figures” still have them.

Other design-thinking projects have also resulted in novel solutions. When Saturn, the automaker, asked Jump Associates, business strategists in San Mateo, Calif., to help it refurbish its retail spaces, Jump’s design thinkers helped it develop entirely new showrooms. Modeled after an interactive museum, they feature hands-on exhibits, self-guided tours and touch-screen computers. Customers can place magnetized strips of paint samples on Saturn models to see how the finishes look, and they can drape large swatches of fabric and leather inside the cars to check out the upholstery options.

Previously, Saturn’s showrooms were designed to feel like a home’s living room. Comfortable, right? Not so much, says Lara Lee, relationship manager at Jump Associates.

“There’s a mental script at play when you enter someone else’s home,” she says. “We believe we need to be on our best behavior when we are being hosted. We shouldn’t be critical. We shouldn’t ask questions. We should nod and smile politely and we should save our critique for the ride home. That’s not the best way to shop for a car.”

DESPITE the positive influence of design thinking, however, Ms. Lee prefers to use the term “hybrid thinking” to describe what its advocates do.

“Having design take a leadership role, having better aesthetics in products, having a user-centric approach to business strategy — those are all wonderful things,” she says. “But I fear all of it will be thrown out with the bathwater if people become disenchanted with it as a singular solution.”

George Kembel, co-founder and executive director of the d.school at Stanford, agrees. That is part of the reason the d.school does not offer a separate degree program. Rather than churning out freshly minted designers, d.school’s administrators instead want students from many other specialties to take electives there to round out their studies at Stanford. Courses include Business Practice Innovation, Cross-Cultural Design and From Play to Innovation.

“It would be overreaching to say that design thinking solves everything. That’s putting it too high on a pedestal,” Mr. Kembel says. “Business thinking plus design thinking ends up being far more powerful.”

Design thinking as opposed to copying what everyone else in the industry is doing? Sounds wonderful. But honestly, does anyone doubt that big companies will only tolerate this kind of free-form conceptual thinking as long as it demonstrably affects their bottom line in a good way?